An ontological argument for the existence of God defines God as the greatest perfect being and states that He must exist because He would not be perfect or the greatest, if He remained only in thought. Anselm and Descartes proposed it, and Kant pointed out that this argument was wrong in deducing a synthetic judgment from an analytic one, but the real problem of this argument is that the greatest perfect being whose existence it proves is quite different from what Christians regard as God, namely the omniscient and omnipotent supreme being.

It was Anselm of Canterbury (Born: 1033; Died: 1109) who first proposed the ontological argument for the existence of God. According to him even atheists who say God does not exist but understand what God is acknowledge that God exists in their understanding.

The Latin word maius that Anselm uses here is the comparative of a neutral adjective magnum. To use Hare’s terms[2], it has not only the descriptive meaning “large" or “big" but also the evaluative meaning “noble" or “important", just as the English adjective “great". Suppose maius has only the descriptive meaning “larger" and the god (let me use lowercase) is larger than anything in this meaning. The god is then the whole world including reality and understanding. Were it not for the god thus defined, there could be nothing that exists. As this is against the empirical fact, the god as the largest must exist.

René Descartes is the most famous of the modern successors of Anselm’s argument. He is different from Anselm in starting from the thinking ego that he thought of as the most certain being. According to Descartes God whose idea I have does not remain within me.

For though the idea of substance be in my mind owing to this, that I myself am a substance, it should not, however, be the idea of an infinite substance, seeing I am a finite being, unless it were given me by some substance in reality infinite.[3]

He not only says that God is the substance that transcends ego but also that the unlimited substance is the cause of the limited and therefore has more reality.

Now, it is manifest by the natural light that there must at least be as much reality in the efficient and total cause as in its effect; for whence can the effect draw its reality if not from its cause ? And how could the cause communicate to it this reality unless it possessed it in itself? And hence it follows, not only that what is cannot be produced by what is not, but likewise that the more perfect, in other words, that which contains in itself more reality, cannot be the effect of the less perfect; and this is not only evidently true of those effects, whose reality is actual or formal, but likewise of ideas, whose reality is only considered as objective. [4]

Causes precede their effects in terms of time. The further you trace back to the past, the more uncertainties you face. In this sense causes have less reality than their effects. When it comes to the relation between ground and conclusion instead of that between cause and effect, you can say the former is more certain than the latter. Even if you adopt this interpretation, you cannot say God has more reality than ego, because the order of Descartes’ Meditations on First Philosophy suggests the existence of ego is the ground and that of God is the conclusion drawn from it. If the existence of God were the ground and that of ego were the conclusion, why had not Descartes first demonstrated the former before demonstrating the latter?

Defining a god as “first cause" or “prime mover" and demonstrating his existence in terms of the causal relationship is called the cosmological argument. Descartes tried to combine the ontological argument with the cosmological, but since Descartes thought the existence of God could be demonstrated like mathematical truth, he should not have resorted to the causal relation.

Indeed such a doctrine may at first sight appear to contain more sophistry than truth. For, as I have been accustomed in every other matter to distinguish between existence and essence, I easily believe that the existence can be separated from the essence of God, and that thus God may be conceived as not actually existing. But, nevertheless, when I think of it more attentively, it appears that the existence can no more be separated from the essence of God, than the equality of its three angles to two right angles from the essence of a rectilinear triangle, or the idea of a mountain from that of a valley; so that it is not less impossible to conceive a God, that is, a supremely perfect being, to whom existence is awanting, or who is devoid of a certain perfection, than to conceive a mountain without a valley. [5]

Of course, Descartes defined God not as an existing thing but as “a supremely perfect being (ens summe perfectum)." Although the descriptive meaning of “perfect" without evaluative meaning is different from that without it, Descartes confused these two meanings in the name of the ambivalent word “perfect". As for the former there could be two meanings and therefore we can make the following two interpretations of why the supremely perfect being must exist.

The second interpretation is no less problematic as the first one. If God had all predicates, He should also have such predicates as “imaginary" or “incomplete". Since most of predicates have their antonyms, God would be a being that includes all contradictions. If God tried to avoid contradiction, He would not be a supremely perfect being.

Kant criticized the ontological argument in Critique of Pure Reason. According to him, the judgment, “God exists", is either analytic or synthetic, as every judgment is. In the former case the being of God remains within thought. In the latter case the truth of this judgment cannot depend solely on the law of contradiction and therefore the ontological argument that the judgment “God does not exist" is self-contradictory is invalid[7].

The conclusion of the ontological argument, at least that of Descartes, is not analytic. First of all the judgment cogito ergo sum, which Descartes regarded as the most certain, is not analytic. The world without ego is theoretically possible, but now that the existence of thinking ego is a fact, it is absolutely impossible to think that there is no thinking ego. So long as the ontological argument is based on the experience of Descartes, his judgment should be considered to be synthetic.

Kant took money as an example to emphasis the absurdity of the ontological argument and distinguish real objects from possible concepts. According to Kant “be (sein)" is not a real predicate and adding it to the subject does not change its concept.

In my financial position no doubt there exists more by one hundred real dollars, than by their concept only (that is their possibility), because in reality the object is not only contained analytically in my concept, but is added to my concept (which is a determination of my state), synthetically; but the conceived hundred dollars are not in the least increased through the existence which is outside my concept.[8]

Kant recapitulated his critique of the ontological argument as follows.

Time and labour therefore are lost on the famous ontological (Cartesian) proof of the existence of a Supreme Being from mere concepts; and a man might as well imagine that he could become richer in knowledge by mere ideas, as a merchant in capital, if, in order to improve his position, he were to add a few noughts to his cash account.[9]

Kant’s argument of 100 dollars is famous. It is, however, not appropriate to refer to money in order to distinguish real objects from possible concepts. Kant probably thought of a silver coin of Thaler[10] as the real object of money, but the essence of dollar consists not in the metal mass but the promise to exchange anything worth the assigned value with it in the future. If a sincere man promises you to give you a present worth 100 dollars, your financial position amounts to possessing 100 dollars although you do not possess any real objects. On the other hand even if you possess 100-dollar coins as real objects, they will become mere metal mass when the government that issues them collapses. So, money is originally a possible concept rather than a real object.

It does not follow that religion must confine itself inside consciousness. Believers of a god often create its idol and worship it. The idol, however, just symbolizes the god and it is not the god itself. Similarly money is represented by a piece of metal or paper. Such a token just symbolizes money and it is not money itself. The essence of a god or a currency does not lie in any real object. When everyone stops believing in the god or the currency, it disappears and the real object that symbolized it becomes just a thing.

Grace or punishment should originally be carried out by secular powers. They are, however, neither omniscient nor omnipotent and as a result a good person often becomes unhappy while a bad person can become happy. To maintain moral order, a supreme being is required that is omniscient enough to observe every conducts and omnipotent enough to fulfill complete grace and punishment. This is why the god, the omniscient and omnipotent supreme being, is socially necessary.

Kant gave up theoretically demonstrating the existence of God and morally postulated the existence of God so that those who abide by moral laws could be happy[11]. Now that Kant regarded God as such, he should have ascribed the error of the ontological argument not to the confusion of an analytic judgment with a synthetic one but to identifying what is not God with God. 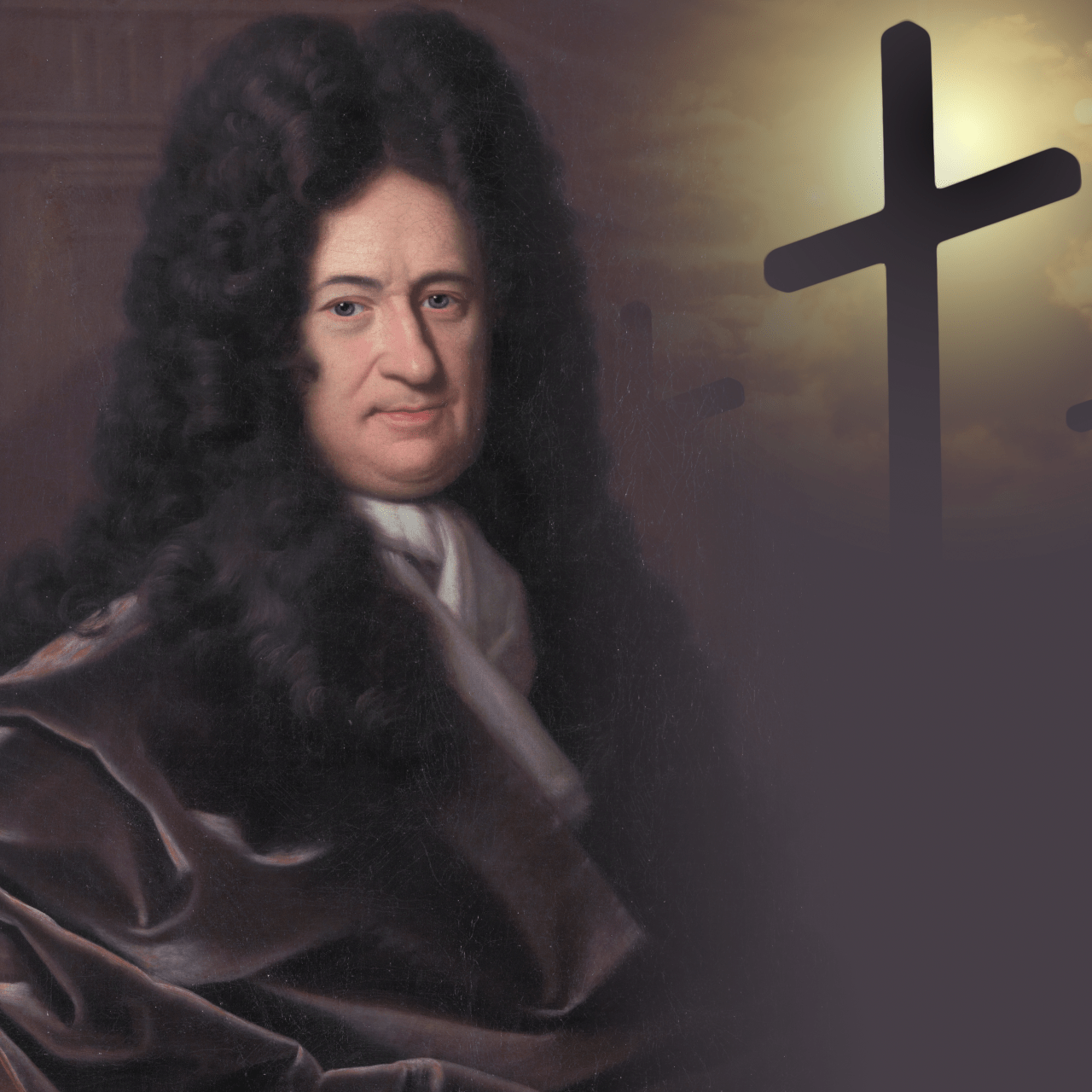 Why Did Leibniz Suppose the Pre-Established Harmony?
Next

Why Was the Phlogiston Theory Supported?
Prev

Why Are Cartesian Coordinate Systems Cartesian?

A Cartesian coordinate system is named a ...

What Is the Transcendental Recognition?

Philosophers often use the adjective tra ...

What Is the Essence of Individuals?

The predicates prefixed with the definit ...